Understanding the Importance of Prenuptial Agreement Law Before Saying “I Do” 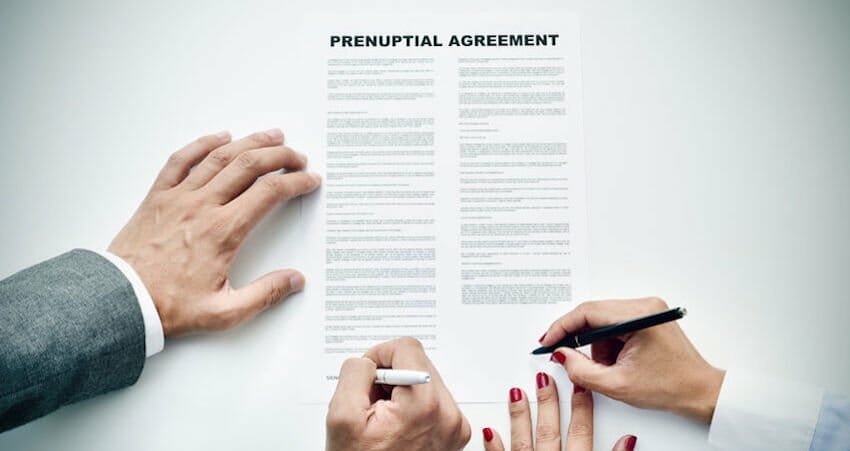 Prenuptial agreement law establishes the property and financial rights each spouse has in the event of a divorce. And while it’s never something fun to consider, it should be an essential part of your wedding planning. After all, one out of two marriages will end up in divorce.

Why Draft a Prenup?

There are a number of reasons people opt for prenuptial agreements. While the rationale varies from couple to couple, here are a few of the most common:

At the end of the day, it really comes down to whether or not you want to do something other than dividing your property in half if the marriage ends prematurely.

It is possible for prenuptial agreement to be declared invalid by the court. At a minimum, both parties must write and sign the document. Depending on your local regulations, it may or may not also need to be filed with the state. If either of these is missing, the document will not stand up in court.

Other reasons the prenuptial agreement can be declared invalid include:

Again, this list is not comprehensive. There is any number of reasons a court may declare a prenuptial agreement invalid. These are just a few of the most common we’ve seen in our Alpharetta practice.

Do I Really Need a Lawyer?

Well, yes. As we mentioned in the section above, the lack of independent counsel for each spouse is often a reason the courts declare prenuptial agreements invalid. Part of the reason is the fact that the document and terminology can be quite complicated. It’s up to your counsel to ensure you understand the content and the meaning of the document, regardless of the legalese used within.

Also, it’s important to have someone in the room who has your best interests at heart. Your lawyer’s sole purpose is to ensure you get the outcome you want. While it is possible for your spouse’s attorney to draft an entirely fair and unbiased document, the only way for you to truly know is to have representation of your own.

Let Us Help You with Your Prenuptial Questions

For a complimentary, confidential consultation about prenuptial agreement law, call the Reeder Law Firm  in Alpharetta at (770) 475-2521.