What’s the Difference Between Annulment of Marriage and Divorce? 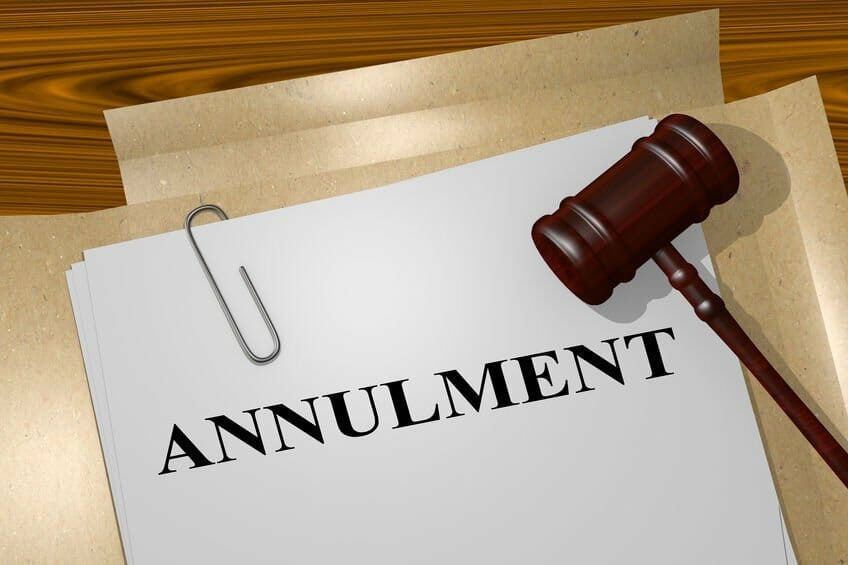 Similar to divorce, an annulment of marriage is a court procedure dissolving the bonds of marriage. However, from a legal perspective, an annulment makes it as if the marriage never existed in the first place. It’s the legal equivalent of completely wiping your marriage slate clean.

Why Get an Annulment of Marriage?

A few reasons exist, and all have very different motivations. Some people don’t want the perceived social stigma that could come with a divorce. Others are devout Catholics, and in the event they ever want to remarry, an annulment may be the only option.

The third (and perhaps most common) reason is an annulment of marriage returns both spouses to the status they had before marriage. This includes property ownership and other assets. If you annul a marriage, it’s as if it never happened; meaning you have the same rights to another person’s assets, property and earnings as you would if you had never married this person. This is most commonly used to dissolve short marriages, where very little was acquired in the way of joint assets.

Grounds for an Annulment of Marriage

The grounds for a civil annulment can vary a bit by state, but generally speaking, it requires one, or more, of the following reasons:

Annulments in Instances Where the Marriage Lasted a Long Time

It’s not common, but it does happen. In these instances, where significant assets have been jointly accumulated, there are provisions for dividing it all up. Circumstances and regulations vary from state to state but also include provisions for determining custody, visitation and child support*.

*A note on legitimacy.  Any child born during a marriage, whether annulled or not, is considered legitimate in the eyes of the law.

If you still need to find out more about the annulment of marriage, call (770) 475-2521 for a free consultation with our team at Reeder Law Firm.