Is It Desertion of Marriage If He Is Still Paying Some of the Bills? 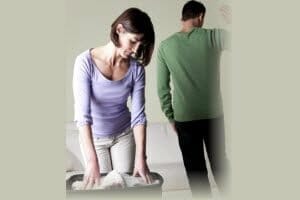 When it comes to divorce and choosing the grounds for divorce, the topic “desertion of marriage” comes up as a question for many spouses considering their options. Is it considered desertion of marriage if your spouse is still paying part of the bills? It’s difficult to answer that question without knowing other circumstances of your relationship. Speaking with a qualified divorce attorney will help you to know for sure. In the meantime, keep reading for some facts about desertion of marriage to help you gain a better understanding of what it means.

The state of Georgia does not recognize abandonment as a divorce ground.  However, if your spouse leaves you, it is likely the court will hold him accountable for the dissolution of marriage. Typically the law favors the spouse left behind.  Sometimes the court will hold the spouse who left guilty of desertion, which will prevent him from receiving alimony.

Desertion means your spouse has departed the marital residence and is not coming back.  The state of Georgia states if the spouse acts intentionally, maliciously and with the intent of ending the marriage, it is “desertion of marriage”.  The state actually categorizes desertion in two ways:

Time Frame for Desertion of Marriage

According to Georgia law, the act of desertion must continue for a year before you can use it as grounds for divorce. This is true whether it is basic desertion or constructive desertion. However, if you wish to file for divorce stating “irreconcilable differences,” you can do it at any time.

If your spouse left and is still paying a portion of the household bills it is more complicated.   The court will take into consideration both spouses’ behavior, and the spouse’s decision to leave.  In this situation, it will benefit you to work with a family law attorney.

Most attorneys will advise filling on irreconcilable differences unless you believe your spouse will attempt to receive alimony.  This is a more expeditious way of filing for divorce.  However, every situation is different and this is not always the case.

If your spouse has left you or forced you to leave the home, Reeder Law Firm is here to walk you through the process of filing for divorce step-by-step and will give you the professional advice and support you need. To learn more about whether desertion of marriage applies to your particular situation, call Reeder Law firm today at (770) 475-2521.