Who Gets to Keep the House in a Common Law Divorce? 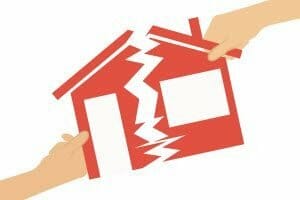 Couples going through a common law divorce often wonder if the process will be similar to a traditional divorce. Will they split property 50/50? Is it possible to get spousal support? And the top question: what will happen to the house?

Common law marriages are no longer legal in the state of Georgia today. However, if the common law marriage took place before January 1, 1997 it is still legal.  This type of marriage means that it was bound without a license and ceremony and met the following qualifications:

Understanding Common Law Divorce: What about the house?

Just like in any traditional divorce, a house is typically the most valuable marital asset and holds the largest debt. So, it makes sense couples going through a common law divorce want to know what to expect. When it comes to the assets each party possesses, a general rule of thumb during a common law divorce is that the parties walk away from the relationship with whatever each brought into it. This includes property and assets, as well as debts.

For example, if a couple moves into a home owned by the woman, and the couple ends up separating, in most cases the woman will keep the house. On the other hand, if the woman had a large amount of credit card debt going into the common law marriage, the man would not be responsible for this after they go their separate ways.

You can see how the common law divorce cases which involve the house, property and other assets that were owned prior to the union are rather cut and dry. It’s those cases which involve homes, properties and assets acquired during the common law marriage that are more complex. The couple often sells the property after the divorce if the couple purchased the home together during the marriage. Then, each party takes away half of the proceeds. Another option is that one party could buy-out the other party in order to keep possession of the home following the separation.

Will You Lose Your House If You Divorce?

Ultimately, the court decides how to divide common law marital assets and debts.  So, it is important to have legal representation to guide you through the process of the common law divorce.

Get the answers to your questions about common law divorce and the legal support you need, including a free consultation, by calling Reeder Law Firm at (770) 475-2521.